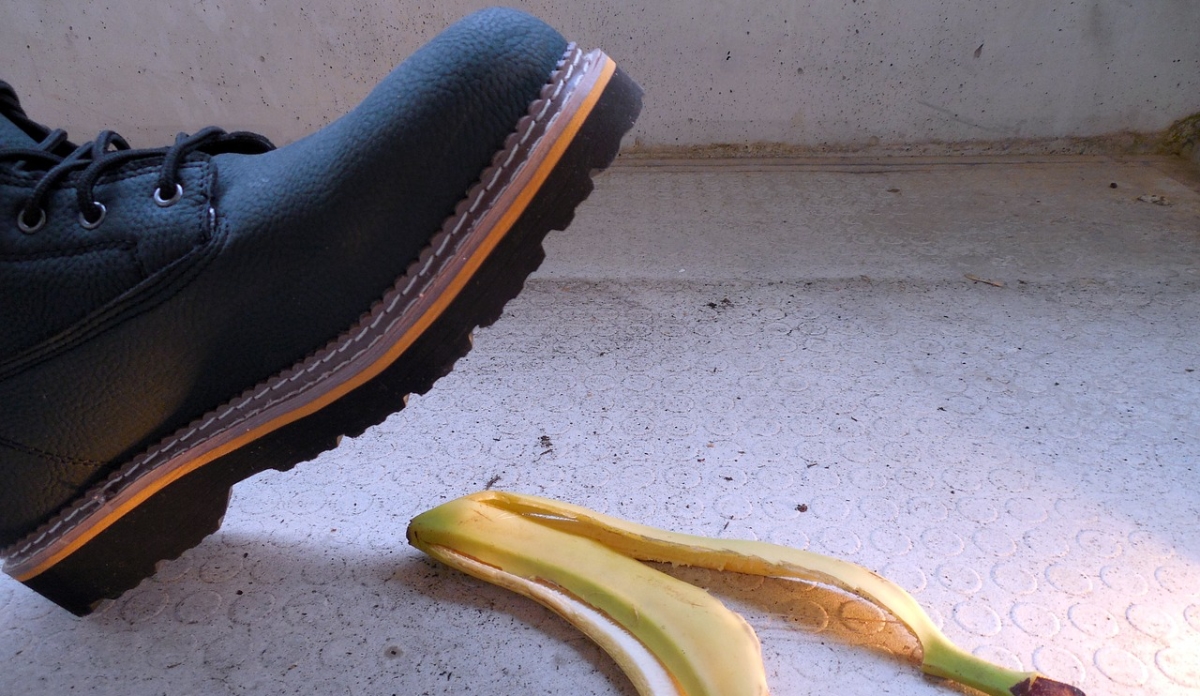 Why Personal Accident Insurance at just 10 baht a day is a no-brainer if you’re living in Thailand.

Many expats (including myself) have invested significantly in annual health insurance. Yet my deductible renders it useless for any accident that doesn’t require an overnight stay in Hospital.

Yet a little white card costing just 10 baht a day can save you thousands, and not leave you stranded in a hospital bed unconscious without treatment. And no one knows about it.

Accidents happen. No doubt you’ve had one if not dozens over your lifetime. Some leave battle scars and are worthy of boastful retellings over beers with the gang. Others are a bit more mundane like twisting your ankle on a hike.

Whether it’s a wacky accident that gets us, like a bee sting in the eyeball, or something less TikTok worthy, such as a spill down a set of stairs, a broken bone, a fall off a bike, or a dog bite, everyone has a number. And that number could cost you thousands of dollars.

Your risk of getting hurt is more common here in Thailand than in other parts of the world. Personal accident insurance is a no-brainer if you live in Thailand, especially Chiang Mai, which has the worst traffic accident rate in all of SouthEast Asia (source: WHO).

And we can hardly call traffic collisions causing death “freak accidents” when they happen five times a day (1)!

For every headline grabbing fatality, there are hundreds if not thousands of other incidents and accidents that result in minor scraps, cuts, whip-lash, sprains, and breaks that fly under the radar. I mean have you seen the state of the pavements here.

Now, you might be thinking, I already have health insurance, so I don’t need personal accident insurance.

That’s what I thought too, but then I talked to Andy Williams, Insurance Broker and Founder of CNX Insure in Chiang Mai. He reported that many of his clients have both health cover and accident insurance.

I had to ask – “Isn’t that overkill? Why pay double for the same thing?”

He assured me that health and accident insurance are not the same thing. Health insurance covers medical procedures such as surgeries and hospitalization for illness.

Given the frightening realization that anything can happen to anyone at any time, we’re always face-to-face with a potential accident ––

Broken bones, freak bee stings, a concussion-causing slip in the shower, a sudden bop on the head by a coconut (which, by the way, you’re at far greater risk of living in a tropical country!). So, that little white card…

While your health cover (if you have it) may in theory cover you for personal injury, there are two major problems with health cover to be aware of (ones that accident insurance makes obsolete). And when you’re on the operating table, the last thing you want is another problem.

Andy sums up the deductible problem:

“One of my clients, who landed in the hospital for a broken bone, called me up and asked if his health insurance would cover his 30K Baht hospital bill (that’s roughly 1000 USD). The problem is that his deductible was $2000, twice the total fee.”

What do you think hurt more, the broken bone or the sizable dent in his wallet (that personal accident insurance could’ve prevented)?

Most health insurance policies include a deductible (excess). That means you have to pay a predetermined amount, usually the first $1-2,000 out of pocket for any medical procedure.

In my mind, that makes accident insurance a slam dunk decision.

The higher your deductible, the less costly your annual policy. That’s why most people choose a higher deductible that, at the time, seems reasonable given the inherently human hope that they won’t ever have to pay it.  (Deductible, de-schmuktable!)

But it downright stings when they do, particularly if the total cost of the medical bill falls just shy of it.

Similar to the deductible problem is the option for either in-patient or out-patient health cover. While both types are available, most people choose in-patient only cover because it’s cheaper (spot a trend?). That means the insurance company won’t pony up for any medical procedures that don’t require an overnight stay –– things like broken bones, allergy attacks, rabid dog bites.

While some out-patient procedures are fairly inexpensive, others can add up (a dog bite may require a minimum of 3 expensive vaccine doses).

And really, why should the insurance company be responsible for your failure to buy comprehensive cover? They’re just doing their job. Your job is to ensure you cover your own butt so you can avoid kicking it later. Self-accountability bites sometimes.

And it covers out-patient, in-patient, and follow-up treatment expenses. In my mind, that makes accident insurance a slam dunk decision.

The second problem you encounter when relying solely on your health cover is the bureaucratic danger. If you’re near death, any decent doctor will administer emergency care without waiting to see if you can pay – thankfully.

Most hospitals won’t administer treatment until they know you can pay for it. They wait until you wake up to confirm that you have insurance.

But what if you arrive at the hospital unconscious but in stable condition? Most hospitals won’t administer treatment until they know you can pay for it. They wait until you wake up to confirm that you have insurance. I don’t need to tell you the thousand things that could go wrong with your brain in that “unconscious but stable” state.

Enter the little white card. This flimsy piece of plastic proclaiming your personal accident insurance cover tucks securely into your wallet and carries as much importance in your life as your IronKey, your passport, your morning coffee.

Andy sums it up brilliantly:

“When you go into the hospital, you just hand them over the card and it’s like you’ve just given them 100K Baht to play with. And the insurers are pretty good with it, they don’t quibble over the amounts, even though the hospitals always seem to max it out…”

And if you’re in that unconscious but stable state? As long as that white card is in your wallet to be found, the doctors will start treatment post haste. That card is as familiar to every hospital as a 7-11 is to a soi.

“You can use it in any hospital because they’re based in Thailand, so as soon as you hand over that card, all the hospitals recognize it so they’ll start treatment immediately.”

With accident insurance, there’s no 4-hour phone call or squabble over the cost of gauze and medical tape. There are no headache-y wire transfers or loans from your aging parents.

Who wants to deal with that when they’ve got a bee’s bum sticking out of their eyeball, an infected dog bite, dengue fever, or a broken arm?

Banks are for banking, not health insurance

You’re probably aware that banks offer general accident insurance as a seemingly quick n’ tidy little up-sell when you drop in to make a transfer.

“I don’t recommend you get it from a bank. Bank managers or bank tellers, well, they do banking, they’re not experienced in insurance, so if you do buy a policy through them and you have an issue with it, they won’t know how to deal with it. You don’t get the personal number of the bank, you can’t call them at midnight to say, hey, I need to make a claim…”

The most peace of mind for the least amount of hassle. Some people do their best to avoid buying insurance. Whether it’s because of the hefty expense or the idea that insurance agents are scoundrels, they leave themselves wide open to all sorts of financial risks by not getting cover.

If that’s you, you’re not alone.

I was the same before I discovered personal accident insurance. Then I factored in the cost (far lower than I expected), the supplement to bike insurance (I drive a scooter daily), my huge health cover deductible ($2500), and the added bonus that it includes life insurance, and it just made sense.

And I don’t know about you, but I like things that make sense, especially when they concern money and the difference between being brain-damaged or fighting fit, faculties intact.

Personal accident insurance works for everyone. It doesn’t require additional health cover, it tops up your bike insurance, and it’s a reasonable, low-budget compromise for insurance naysayers.

No one actually wants to buy insurance, whether it’s health cover or accident insurance, but at some inevitable point in our lives, we’re all massively grateful that we did.

• Contact Andy Williams directly here.
• Learn more about Personal Accident Insurance here.
* Costs are accurate at the time of writing, and may change depending on age and plan.

Colleen (from Canada) is a professional copywriter living in Northern Thailand. She specialises in writing blogs, research articles, and other long-form copy for digital marketing agencies, professional coaches, ecommerce, and more.